I’ve been digesting the latest round of “SAP on HANA” posts since attending the press conference in Palo Alto this week. In the words of my father in law, “this reminds me of a story.”

Back in the 1980s a little known top secret program was shaping up in the Southern California cities of Hawthorne and Pico Rivera. The genesis of the program was a concept that would create a strategic long-range bomber able to fly undetected through Soviet and Communist Bloc airspace requiring only a single fueling to any target in the world. The program created the B-2 Spirit (aka “Stealth Bomber”) and was deployed after flight test in the early 1990s. 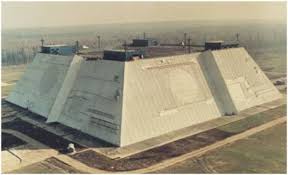 I have maintained that the Stealth Bomber was always more of an economic weapon to end the Cold War than a military weapon. While the design of the air vehicle was state of the art mission performance, it simultaneously rendered the multi-billion dollars of investment the Soviet government had made to create a radar perimeter around the largest nation in the world obsolete. Pretty much overnight. Without the necessary talent, economic resources, and more importantly time to respond, the Stealth Bomber was a compelling factor laying the stage for the end of the Cold War and positioning the United States as the world’s only legitimate super power (economically and militarily).

Now it seems that SAP has its own stealth bomber in hand with the announcement it will run enterprise resource planning (ERP) and other enterprise systems (CRM, SRM, PLM, etc.) real-time on HANA. The strategic implications are tremendous.

Of course this announcement does not equate to immediate swelling of the customer ranks and the traditional upgrades that are associated with a new release. My colleagues Jon Reed and Cindy Jutras made the case for this in a recent article for searchSAP.com. And that might well be true. What the article missed, however, is that as much as “SAP on HANA” is a technological play, the move has greater impact as a strategic “de-enabler” for SAP’s competitors, both in the application as well as the database levels. By making the forward customer experience a de facto in-memory performance experience, SAP hopes to render its market competition insignificant in current form within the next 10-20 years. In short, this move essentially guarantees SAP a role as “first-mover” for perhaps the next generation of business professionals representing over 60% of the current world’s top companies and organizations. Having reached that “tipping point moment” significantly underscores the shift in roadmap priorities for SAP and creates even further momentum in the marketplace.

Much like the Stealth Bomber helped to set the stage for the end of the Cold War in the 1990s, the “SAP on HANA” move positions Oracle, Microsoft and IBM in particular with a transitional database response strategy, in a purely reactive mode. With IBM as a friendly “competitor/partner” on the HANA team, the move is really more a sharp thrust at Oracle. Microsoft has its own install base and strategy with Microsoft SQL 2013 which will be released with in-memory capabilities later this year. Microsoft and SAP have a long and fruitful relationship with its Duet Enterprise program which I have covered extensively (and will gain importance as user interfaces increasingly simplify in the coming years).

For Oracle, based on what is available in the public domain, my impression is that the company has neither the talent, financial resources or the time to respond with this move by SAP in like manner. Much like Soviets of the Cold War days, its best move may be to find a partnership with Microsoft or at least put something into the market that will create message confusion until it figures out a real database roadmap (its long-standing post-merger conglomeration of various enterprise components it labeled “Fusion” over five years ago has since reconciled somewhat but still resembles a collection of brand applications rather than a fully-integrated business suite). In 10 years net new customers will want an in-memory performance experience. Not old Soviet era radar tower performance.